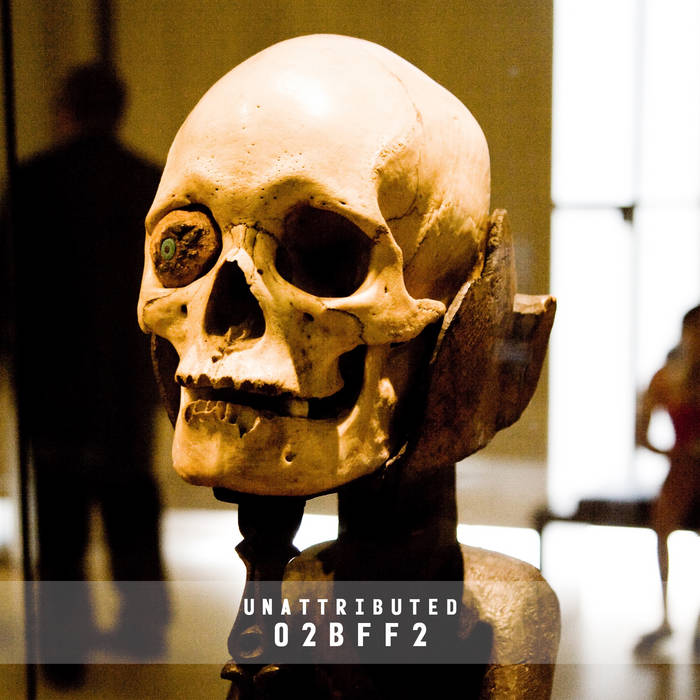 The name UNATTRIBUTED is a play on words. The artist is a long-time advocate of Creative Commons licensing, which fundamentally incorporates the idea of attribution. The idea of numbering the titles of releases and tracks is derived from a series of releases in which artists are allowed to explore any style of music they want, free from the confines of their percieved identity.

UNATTRIBUTED is a cross-style project that is currently focusing on ambient, abstract, experimental, drone, and noise.

The artist behind UNATTRIBUTED is from the Waukesha, Wisconsin area of the United States. They were born in the 1960s, and have lived in multiple locations during their career in Information Technology. Under their previous artistic identity they have released over a half dozen works on several netlabels. I am proud to welcome them to weareallghosts.

On 02BFF2 UNATTRIBUTED used an emulation of the ANS Synthesizer by Evgeny Murzin (en.wikipedia.org/wiki/ANS_synthesizer) to compose a series of pieces which parallel the idea of theme and variation often explored in classical music. This goal is achieved by using multiple variations on an image that are arranged to produce different timbres and progressions within each piece. Only the parameters available on the ANS emulator were adjusted to fit each of the image-compositions.