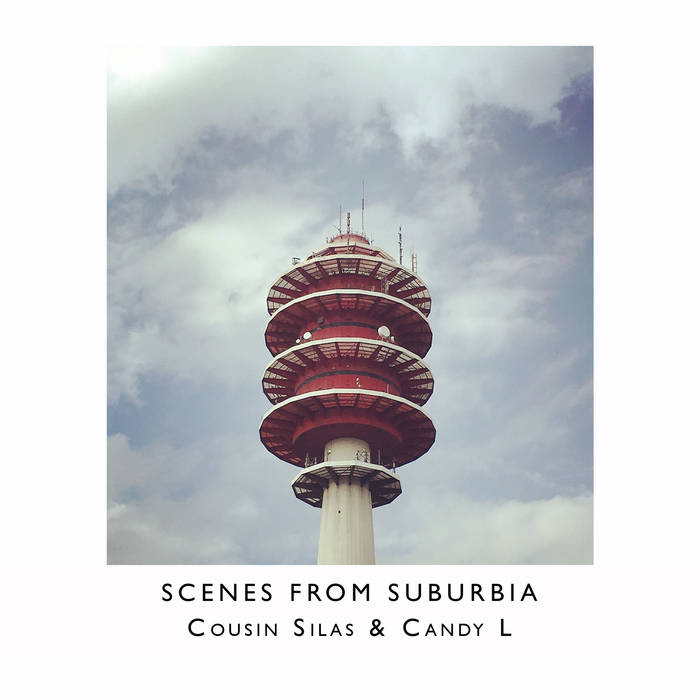 For me, it is wonderfully bittersweet to release "Scenes from Suburbia (waag_rel136)" by Cousin Silas & Candy L so close to Candy's birthday ... I'm not sure how old she would have been if she had not lost her battle against cancer and, to be honest, it doesn't matter ... what matters is that the world and our wee community of DIY ambient musicians is considerably poorer for her not being with us.

"Scenes from Suburbia (waag_rel136)" was created in collaboration between the adorably prolific Cousin Silas and Candy, who somehow managed to fit in recording her parts to their album while running a netlabel that I, for one, was equally proud and envious of. Candy's work ethic was unparalleled, as was her creative expression. The atmospheric expressions contained within this album are truly extraordinary, they are varied and engaging ... and serve to remind us how much poorer we are for not having Candy in our midst.

This album was earmarked for release on Candy's label - Studio 4632 - but wasn't released due to Candy's untimely passing. I don't think I am alone in thinking that Candy would not have wanted it to languish on the digital equivalent of a dusty shelf, Cousin Silas certainly didn't think so when he offered it to waag. I am proud to give this album a home and hope you enjoy it as much as I do!

A 320kbps version of this release will be available, for free, over on Archive (archive.org/details/we-are-all-ghosts) with a lossless version available here on Bandcamp for ‘pay what you want’.

The cover photo was taken in the suburbs of Paris back in 2018.