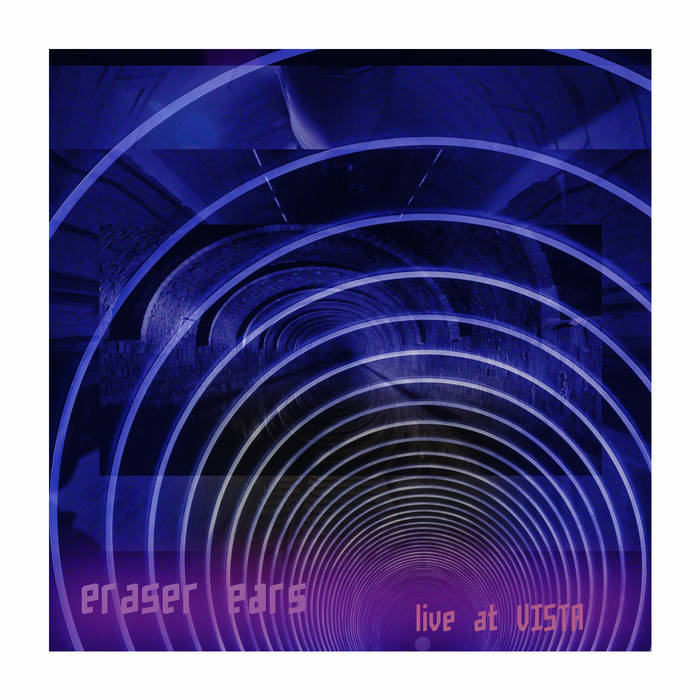 I am a huge fan of the mid-seventies Tangerine Dream albums such as Phaedra and Rubycon. I love their sprawling nature and the twists and turns that these recordings take.

I am also a big fan of the music of REDSHIFT. Albums like Ether and Halo have left an indelible mark on me. Again, I just adore their sprawling, apparently improvised soundscapes.

It is in this context that I came to "Live at Vista" by Eraser Ears, a project involving Jaime Munárriz, a chap I've known for a wee while now. I almost immediately fell for this recording and wished, as I continue to do for Tangerine Dream and REDSHIFT, to have been there ... in the crowd ... soaking up the sounds as they were presented in real time.

There is something truly magical about the music presented here ... I could imagine myself standing beside David Toop in some redefined, post-industrial space in Berlin listening as it was presented, simply honoured to be there for the performance.

Alas I couldn't be at Vista and I don't know if Toop was in the crowd or not (imagine if he was?!?!) but what I do know is that I have the next best thing ... a slightly edited / mastered version of the soundscapes presented that day that does stand in comparison with some true heavyweights of the ambient genre.

I am proud to bring this to the waag community and, hopefully, further afield.

Eraser Ears is a project of LiSD/Codelab, the image and sound experimental laboratory directed by Jaime Munárriz, based at the Fine Arts faculty, Universidad Complutense de Madrid.

The album was recorded live at Vista for the art festival ArtBanchel 18 in Madrid, Spain.

The recording was edited to remove / correct minor errors and then mastered.

The performance, conceived as a permanent static art piece for Vista, a workspace for visual artists; involved different hacked electro-mechanical artefacts with piezos, analog synthesisers and effects, digital instruments and processed subtle percussion instruments (foam, pipes, and the infamous Orbitator). It went on for three hours, non-stop ... the audience could get in, move around, come back.

Logistics by Thomas Mathie for weareallghosts.co.uk.